The 7 Most Common Home Inspection Issues in Cincinnati

If you’re in the process of selling your home in Cincinnati, it’s good to know that the buyer will probably want to get an inspection before closing the deal. No house is perfect and an inspection report will likely bring to light some issues regardless of how well you’ve maintained your home. However, if the inspector finds too many issues or even just a few serious ones, the buyer might back out of the sale.

By being proactive, you can reduce the amount of issues the inspector will need to document in the report by fixing issues around the house before the inspection. Keep in mind that the inspector’s job is to be as thorough as possible and include everything they find in their report. This means that something as simple as replacing a burnt out lightbulb or tightening a loose doorknob can reduce the amount of items that will appear on the report. It will also have a positive impact on the buyer’s perception of the property after receiving the inspection report because it shows that the home was well taken care of.

Here at 4 Corner Inspections, we’ve inspected our fair share of homes in the Cincinnati metro area. We’ve put together a list of the most common issues we come across while inspecting homes in this area. If your home is on the market, make sure that you check for these common issues – and resolve them – so you’re not stressing when the buyer schedules an inspection. 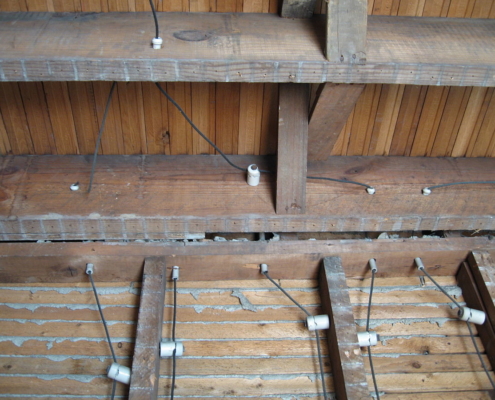 It’s no surprise that older homes will have some quirks, but it’s important to recognize the ones that can be dangerous.

Cincinnati is an old city with old buildings. Homes in the downtown district and surrounding neighborhoods like West End, Pendleton, and Over-the-Rhine were all built around the turn of the 20th century. Back then, building standards were different and homes were commonly built with knob-and-tube wiring. This is an old method of electrical installation where the wires are anchored by ceramic “knobs” and pass through ceramic “tubes” which are set in the joists of the home.

Knob and tube wiring itself isn’t inherently dangerous if it was properly installed. The reason it’s on this list is because obtaining insurance for a home with knob and tube wiring can be difficult, if not impossible. While this doesn’t affect existing policy holders, insurance companies have been restricting their guidelines to the point where it is almost impossible to obtain a new policy on a home that contains this type of outdated wiring. 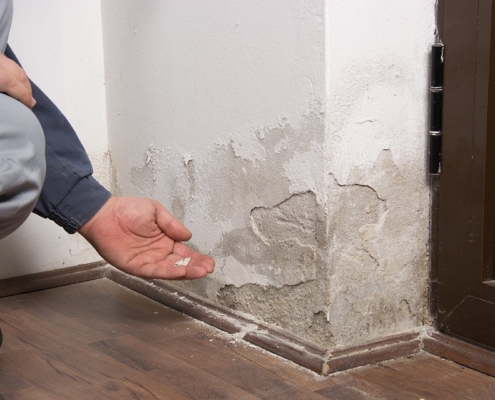 If you’ve noticed gaps in the foundation, cracks in the floor, or fissures in the wall, it could indicate that there’s a problem with your home’s foundation. Old buildings in Cincinnati have been known to crumble over the years due to poor materials.

Depending on the year your home was built and the quality of its construction, it’s not uncommon to see some foundation issues show up on the inspection report. Some common foundation issues that come up often in older homes include: 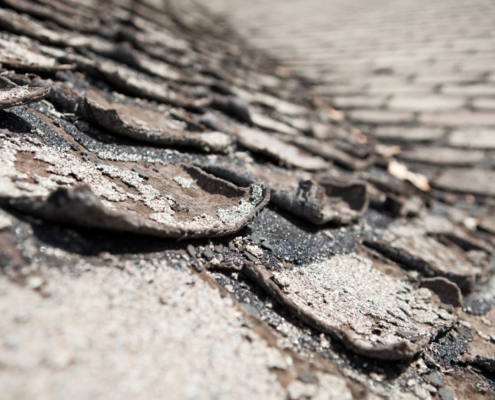 Even the most durable roofs are prone to some issues over time. Roofs have a life expectancy of only 20-30 years and are designed to be replaced. It is one of the most expensive components of a home, and something that buyers are going to want to know the condition of.

If you find any sign of these issues with your roof, it’s important to take care of it before it leads to wood rot, leaking, and other expensive problems. 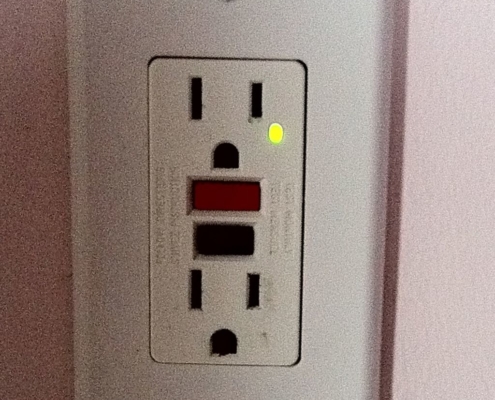 GFCI stands for ground fault circuit interrupter. They look just like regular electrical outlets but with two buttons that say “test” and “reset”. This is a type of outlet that switches the power off when it detects ground faults.

A ground fault is a common but potentially dangerous situation in which there is an unintentional flow of electricity between the power source and a grounded surface. Ground faults can be caused by damaged wiring and environmental conditions.

GFCI receptacles are required by modern electrical codes to be installed within six feet of any water source in your home – which is why you usually see them in kitchens and bathrooms. 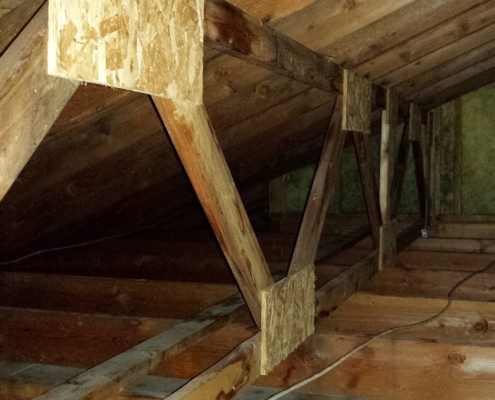 One of the most common issues we come across in Cincinnati area homes are bathroom fans that exhaust into the attic. This is a big problem because the fan is removing humid air from the bathroom, causing excessive moisture and condensation in the attic that eventually leads to worse problems, like mold and rot.

Even if the attic is ventilated, it’s always better to have an exterior ventilation system for bathrooms. The problem with air from the bathroom going into the attic is that not only is the air typically humid from showers, but the air is coming from a heated area of the home and going into a non-heated area of the home. Once in the attic, the heated air condenses on the cold roof boards, which then causes moisture issues like frost, rust, buckled roof sheathing, and wet insulation.

Some homeowners take the route of adding more ventilation to the attic in attempt to fix the moisture related issues. This is really only putting a bandaid on the problem because by allowing more air to escape, the temperature in the attic drops even lower – leading to increased condensation. 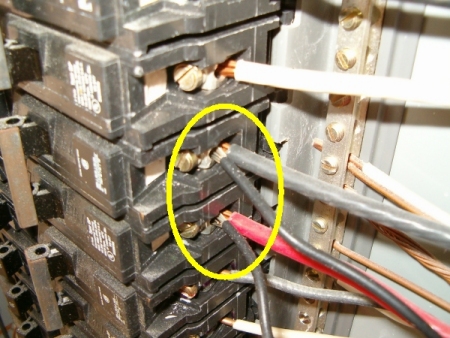 A double tapped breaker occurs when two wires are connected to the same terminal or screw inside of the electric panel. This is typically the result of an inexperienced contractor. Even if the connection feels tight and secure at the time it was installed, having two wires connected where there is only space for one will eventually lead to one or both wires becoming loose. Loose wires can lead to overheating, arcing (when electricity flows through the air between two conductors), and a serious fire hazard.

Some circuit breakers are designed to have two conductors but they are generally uncommon. If you notice two wires connected to a single terminal, check to see if there’s a label that indicates whether or not it’s a double circuit breaker.

If you’re not sure what you’re looking at, and even if you are, it’s always best to call a professional electrician. Without proper experience, attempting to remedy a double tapped breaker can be a dangerous situation for yourself and your home. 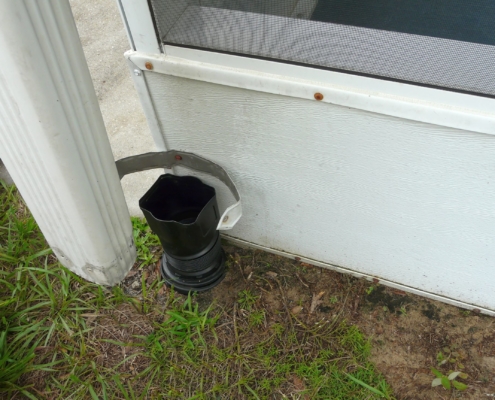 Grading and drainage problems around your home’s foundation are a major concern for potential buyers. It’s a common issue found when inspecting homes in Cincinnati and surrounding areas due to the region’s high concentration of clay in the soil, which doesn’t absorb water very well.

Poor grading and drainage is more than just an eyesore. Standing water can destroy your landscape and invite mosquitoes and other pests to your yard.

Know What to Expect

Home inspections often reveal other issues – these are just a few common ones in this region. If your home is currently listed on the market or you’re thinking about selling it, check for these common issues so you can take care of them before the inspection. If you want to be even more proactive, consider a pre-listing inspection for a professional report on the condition of your home. Whether you’re selling or buying a home in the Cincinnati area, we hope this article will help you know what to expect and prepare for a successful transaction.

How to Tell if There are Termites in Your Home